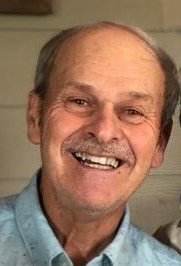 Louis Santucci, 69, of Toms River, formerly of West Orange passed away on Monday, January 6, 2020 surrounded by his loving family at his home.

A Funeral Mass will be celebrated on Saturday, January 11, 2020 at Our Lady of Lourdes Church, 1 Eagle Rock Ave., West Orange at 10:00 AM.  Interment will follow at Gate of Heaven Mausoleum in East Hanover.  In lieu of flowers donations in his name to; Challenged Athletes Foundation, 9591 Waples St., San Diego, CA 92121. caf@challengedathletes.org.

Louis was born in Montclair, raised in West Orange, and lived in Rockaway before moving to Toms River. Louis worked for PSE&G in Roseland as a meter reader, retiring in 2005 after 32 years.  Lou was inducted into the Mountain High School Hall of Fame. In North Jersey, Lou was a well-known PAL Coach, he was a member of the NJS Baseball Umpire Assoc., Basketball IAABO Board 168, and Soccer SCOLAA. Lou started a basketball league in Rockaway, he was President of Morris Hills Highs School Booster Club. Lou founded numerous youth leagues in West Orange and Rockaway. He loved the outdoors, his morning jogs, and was an avid fisherman.

Louis was the beloved husband of 45 years to Patricia Santucci (nee Barrett). Devoted father of Christine Morgan and her husband Tom, and Louis Santucci   and his girfriend Eileen Morrisoe. Loving brother of Dotty Verderamo, Jean Capasso, and Wayne Santucci. Cherished grandfather of Tayler and Noah, he is also survived by several nieces and nephews.

Share Your Memory of
Louis
Upload Your Memory View All Memories
Be the first to upload a memory!