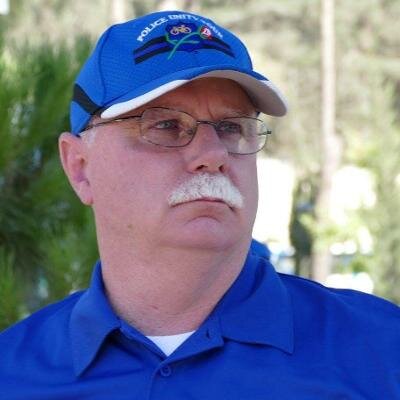 Greg was a devoted husband, father, son, brother, and friend to all, but his purpose and passion in life was serving the Lord Jesus Christ. Greg was a servant to others long before dedicating his life in service to the Lord, serving his country as a U.S. Marine and his community as a police officer. He had a tremendously big, open heart for the poor and the lost. Greg began serving at the Life Christian Church and was later a member of the Agape Worship Center. Upon his retirement from the WOPD, he began his own parish, Unconditional Love Christian Fellowship, where he impacted and inspired countless lives through his ministry and his passion for spreading the word of the Lord.

At home, Greg was a regular dad and husband who loved his girls unconditionally. Greg loved to cook for others and host holidays, but also prepared breakfast and lunch for his girls daily, always happily taking special individual orders. He taught his daughters to swim, to drive (sometimes with less patience than was his norm), and to always expect a warm car heated up by Dad in the winter. Greg joked that his daughters received their long, beautiful hair from him. His wife Pilar tried to keep him in line with a healthy diet, but Greg snuck cheeseburgers and insisted that he was as skinny as ever. In typical Dad fashion, Greg was initially against adding a puppy to the family, but after a very short time, their new pup Kodi became his best friend, and Greg finally got "his boy." The Boyle family took many vacations together, but Greg always impressed on his girls that "home is wherever we are, as long as we're together." Most importantly, he taught his family the importance of prayer and learning the Word of God not only at church, but together at home.

For the last 20 years, Greg served as chaplain for the Police Unity Tour, making the motorcycle trip to Washington DC every year and delivering the invocation blessing during the yearly arrival ceremony. His wife and daughters proudly watched him depart for the 4-day trek each year and met him in DC to watch his arrival with the motorcycle crew. Greg was also honored as the Deputy Grand Marshal for the West Orange Saint Patrick's Day Parade.

Greg and his family grew up on High Street (the best street) in West Orange with their cousins the Kellys, where they made lifelong friendships with neighbors that were more like family. The love and friendships with the McNeils, Storms, Dandolas, Bells, Del Platos, and Peers continue to this day. Greg graduated from Mountain High School in 1977. He then joined the U.S. Marine Corps, proudly serving from 1977 to 1981 as a helicopter crew chief on the detail for President Jimmy Carter. Greg then joined the West Orange Police Department as a patrol officer, later becoming a Detective and finally being promoted to Sergeant. Fellow police officers remember Greg as being one of the most fair, patient and well respected supervisors ever.

Greg is survived by the love of his life, Pilar Boyle, and three beautiful daughters, EstherJoy, EvaLynne and ErinGrace Boyle. His girls, the light of his life, will hold him in their hearts forever. Greg is also survived by his twin, Timothy, brothers Joseph and his wife Linda and Dennis and his wife Maureen Boyle and sister Susan Querques as well as nephews Joseph, Peter, Thomas, Sean and Kevin Boyle, nieces Alexis and Sara Querques, countless cousins and cherished great-nieces and great-nephews. Greg was predeceased by his sister Susanne Boyle and parents Joseph and Helen Boyle.

In lieu of flowers donations may be made to Unconditional Love Christian Fellowship: shorturl.at/mGQS1.

Share Your Memory of
Gregory
Upload Your Memory View All Memories
Be the first to upload a memory!
Share A Memory