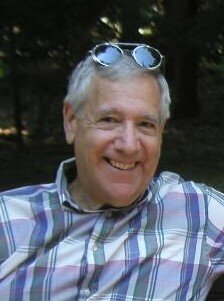 He was born on March 4, 1943 in Morristown to Mary (nee Jancik) and Thomas Russo Sr. and raised in Boonton. He graduated from Morris Catholic High School and went on to receive his engineering degree from Villanova University in 1965. In June of that same year, he married his beloved wife Madeline (nee DiGenova). From there they went on to raise their two daughters in Parsippany and enjoy 57 years of marriage.

Tom had a long, successful career as a mechanical engineer, spending most of it at Foster Wheeler Corporation, retiring in 2003. In 2010, he became a volunteer at St. Clare’s Hospital in Denville, a role he would cherish for the next 12 years. Tom’s Catholic faith was a strong force in his life.  He was a member of St. Catherine of Siena Church in Mt. Lakes, and also attended 20 silent retreats over the years at Loyola Jesuit Center in Morristown.

Tom was predeceased by his parents and his sister Geraldine.

In addition to his loving wife Madeline, he leaves behind his daughters Andrea Bockhorn and husband Wayne, Lori Holihan and husband Loren, his six grandchildren who were the absolute lights of his life Brandon, Joel, Kaylee, Joshua, Ethan and Marina, his brother Richard, sisters Mary Lou, Rita and Ronnie, as well as many nieces, nephews and friends.

In lieu of flowers, donations can be made to St. Jude Children’s Research Hospital in his memory.