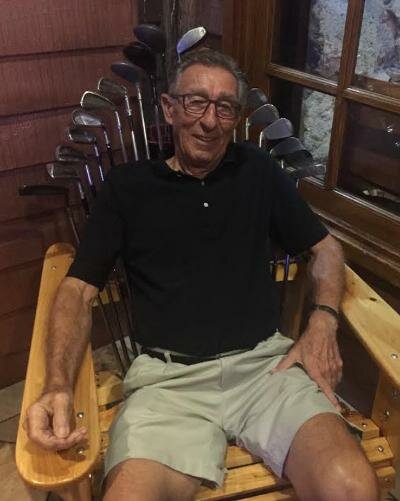 Obituary of John A. Marhefka

Please share a memory of John to include in a keepsake book for family and friends.
View Tribute Book

We are sad to announce the passing of John Anthony Marhefka, 88, of Ocala Florida. John passed away on 10/26/2022 of a short illness surrounded by his family.

John was born in Boonton New Jersey to John Marhefka and Margaret (Aquilino) Marhefka in August 1934. John went to Boonton High School and graduated in 1952. He joined the Army in 1954 and served 2 years as a lineman, was stationed in Hawaii and received a good conduct medal during his service. John also served as an Army reserve from 1956 until 1962.

Upon completion of military service, John joined Aircraft Radio for 2 years as a radio technician. He went on to work for the Morris County Road department as a heavy equipment operator for 15 years. John retired from the County Road department in 1980 and relocated to Ocala Florida where he worked for Fuller Amusement for 21 years. He retired from Fuller in 2001 and joined Summer Glen golf club where he worked part time for 20 years until his passing. John’s passion was golf, he enjoyed playing, teaching, watching or just talking about golf. He considered his time with Summer Glen more a hobby than a job. His co-workers were like family and the club members were friends.

John was a member of Blessed Trinity Catholic Church of Ocala Florida for 42 years. He is survived by his loving wife of 65 years, Margaret (Rela) Marhefka of Ocala, his children Denise Hampton of Ocala Florida, John Marhefka, and his wife Mary of Butler New Jersey. He has two grandchildren Melissa and Danielle, two great grandchildren Camden and Rylan. He is preceded in death by his parents John Marhefka, Margaret (Aquilino) Marhefka and son-in-law Steve Hampton.

John will be remembered as a loving husband, supportive and giving father and caring grandfather. He always had a smile on his face and was never in a bad mood, regardless of his golf score. He enjoyed the little things like a round of golf with his good friend Johnny Lorito (JG), dinner with the family or going to the beach. He learned later in life to not sweat the trivial things and to enjoy every day regardless of what life had in store. John was never really worried about material things, what meant most to him were faith, family, and friends. It turns out he was right all along. He will be missed.

In lieu of flowers, memorial donations can be made to St. Jude children’s research hospital 501 St. Jude Place Memphis, TN 38105

Share Your Memory of
John
Upload Your Memory View All Memories
Be the first to upload a memory!
Share A Memory