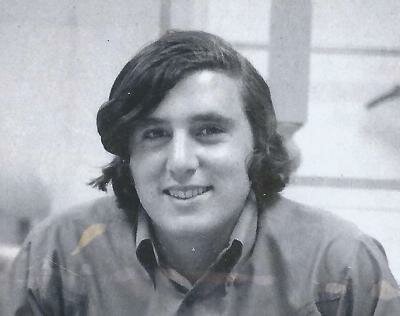 Please share a memory of Raymond to include in a keepsake book for family and friends.
View Tribute Book

Raymond was preceded in death by his beloved parents Raymond A. and Irene Sahadi as well as his brother, George Sahadi whom he has dearly missed. He is survived by his 3 cherished sons and their spouses Christopher & Kim, Raymond J. & Carlee, and James & Katrina; adored grandchildren Aura, Megan, Bradley, and Aurora; a dear niece Christina, her husband, John, and their daughters Johanna, and Jillian Swiderski.

Always a character, he performed in a multitude of plays including Godspell and Jesus Christ Superstar. He also loved to sing and play guitar. He loved music from the Beatles to Bruce!

He loved hockey and baseball. The NY Rangers and NY Yankees were his favorite teams. Gordie Howe and Mickey Mantle were his favorite players from each sport respectively. He played and coached for decades in many hockey leagues.  He loved teaching and coaching the game which lead to winning many championships both as a player and a coach. He took great pride in those championships especially when won by his sons' teams that he coached!

Ray accumulated many nicknames during those years including Famo, The Flame, and The Eclipse as he was a deadly goal scorer and a nightmare to all opposing goaltenders.  He truly enjoyed every aspect of the sport.

He worked at Canada Dry where he was mentored by his close cousin, Tony Cannizzaro.

He moved onto working in the transportation business. After a short time he started his own business:  Mighty Mick Delivery Service which became a staple of his life.

‘The Mick’, the namesake of his dog Mickey, started a tremendous period in his life where he was able to meet and work with so many great people. Through his success he became a mentor himself.  He was able to help and guide so many people with his vast knowledge and experience.

Ray loved to travel and visit many places. The Bahamas and Atlantic City were among his most frequently visited places.  He would love to gamble and socialize with his friends. Because of his sense of humor and quick wit he always made friends easily. He was known for being a great storyteller.  He would love to argue and took pride in teasing anyone and everyone relentlessly, all in good humor. Even his poor opponents would almost always end up laughing in defeat.

Ray had many interests and never stopped learning. Whether it was history, religion, or war strategy, it did not matter; he enjoyed reading and watching documentaries about anything that he found interesting. His thirst for learning was never diminished.

An animal lover, Ray had many dogs and cats throughout his life. He liked relaxing with a cigar in his backyard while watching the birds and other wildlife just run around.

In later years he enjoyed a new role and the nicknames: “Boompa” and “Pops”. He took great pleasure in playing with his grandkids and loved them all dearly.

Ray Sahadi was a great man who will be missed by all who knew and loved him.

Share Your Memory of
Raymond
Upload Your Memory View All Memories
Be the first to upload a memory!
Share A Memory