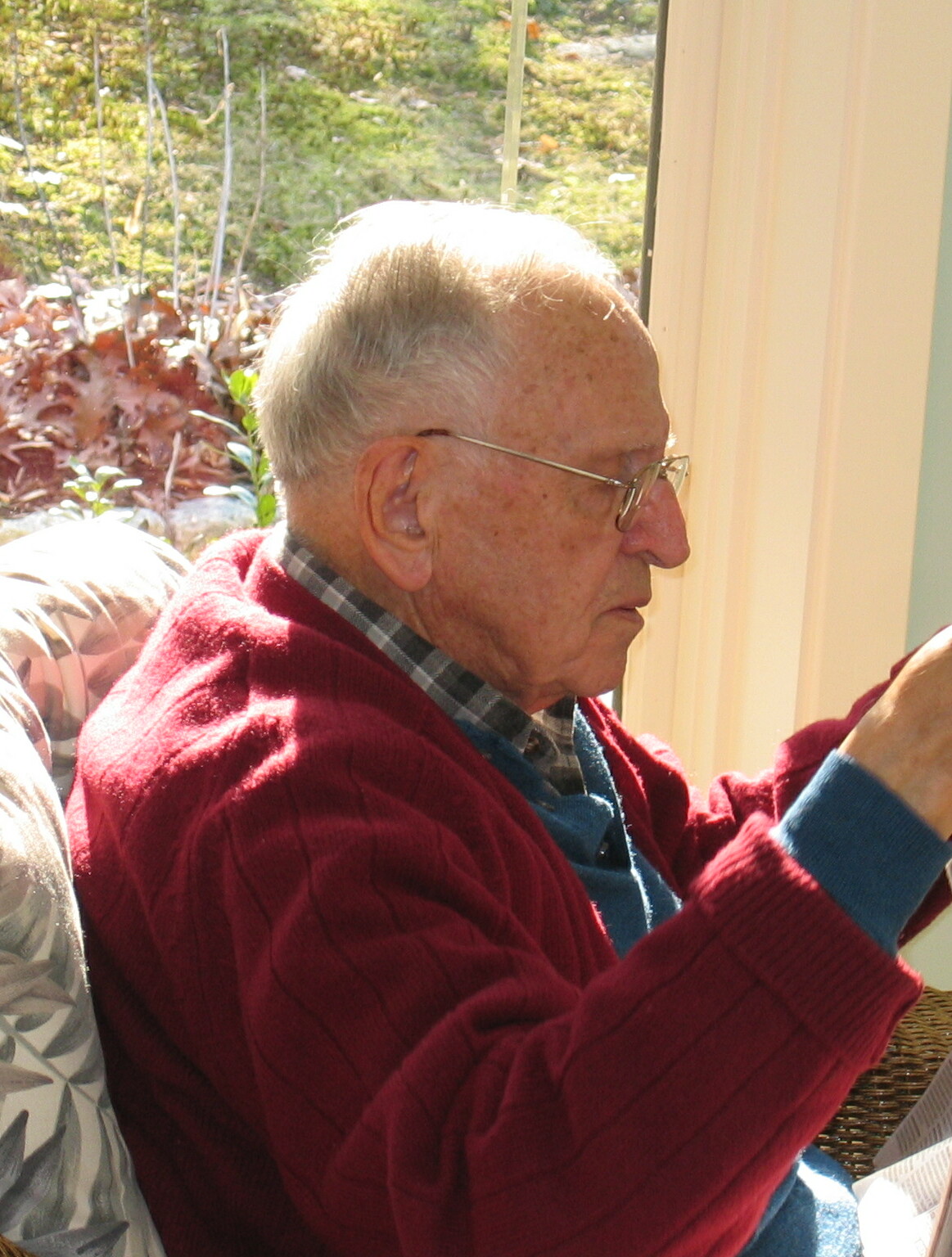 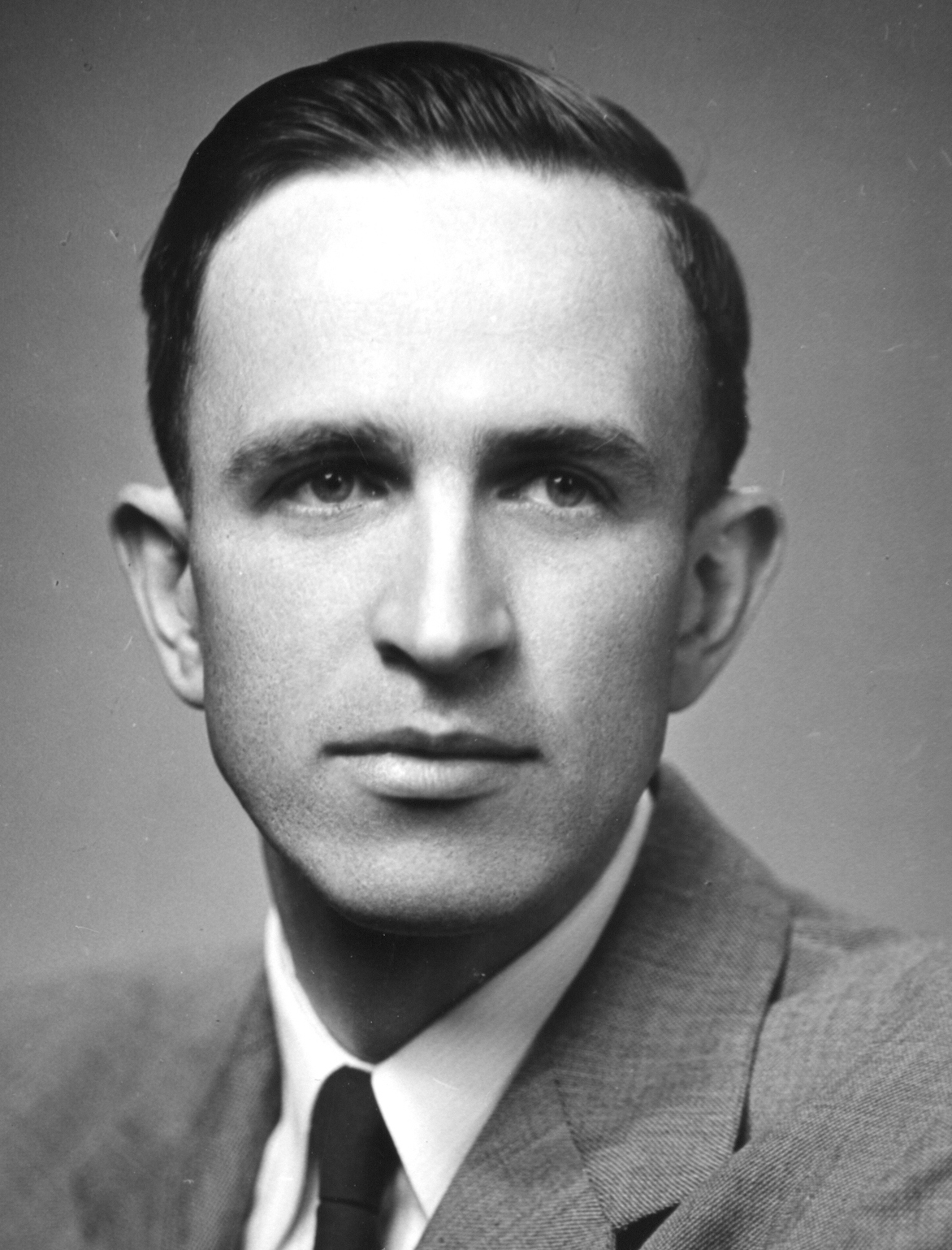 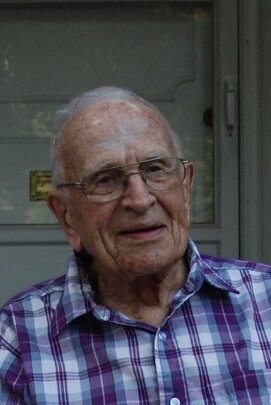 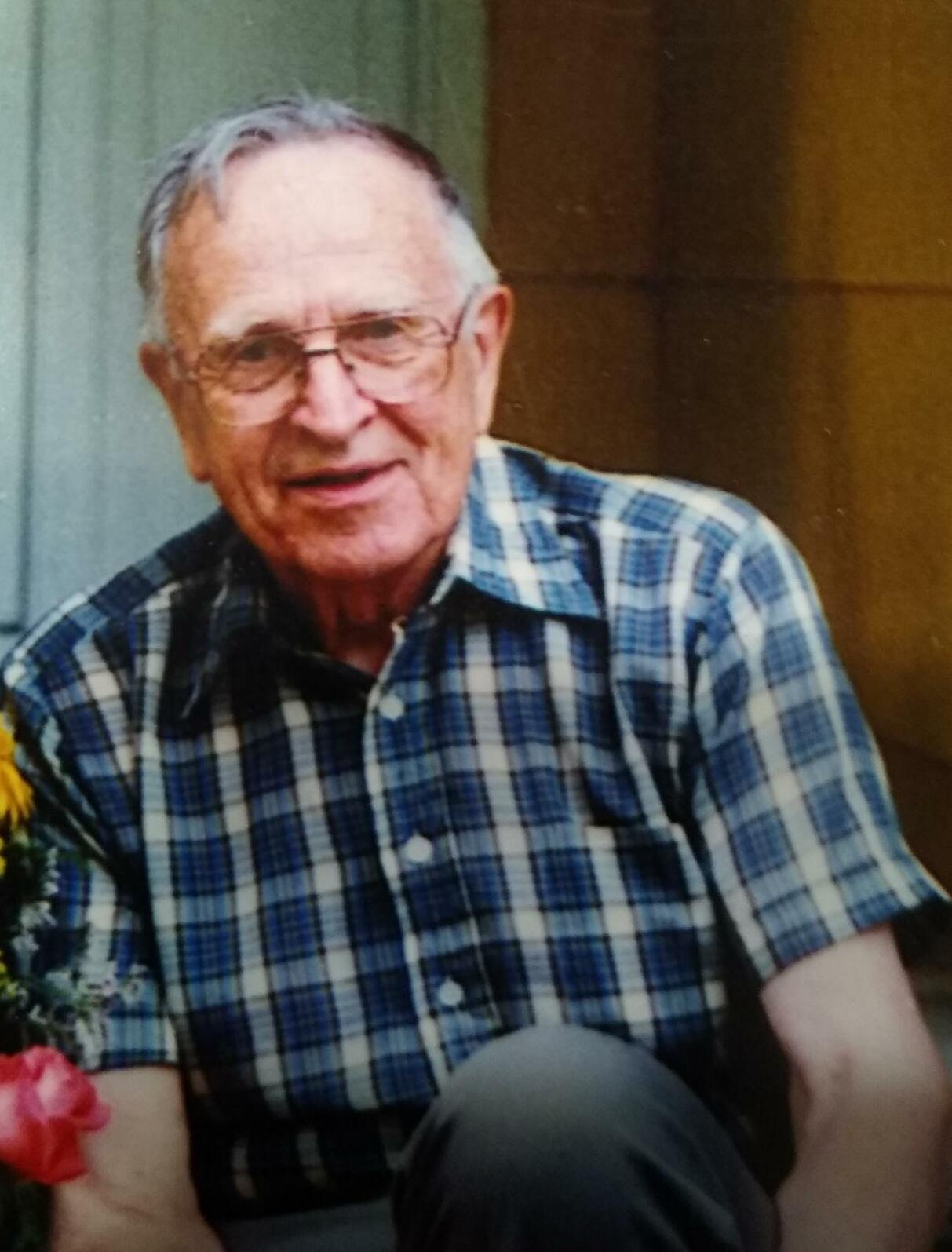 Robert M. Reed passed away on March 7 2022, 2 weeks shy of his 101st birthday. Bob was happily married for nearly 60 years to Jean (Ellis) who passed on the same date in 2003; proud father of the 4 “Reed girls;” beloved as Dad and Grandpa by an ever-widening and diverse family; and friend to generations around the world.

A son of the West Virginia hills, Bob graduated from the University of North Carolina at Chapel Hill, taught drafting at Mercer College in Macon GA and earned a master’s degree at Columbia University. He joined the faculty of Upsala College in East Orange in 1947 where he taught mathematics and served in a variety of administrative roles until his retirement in 1988. He was a long-time member and church historian of the First Presbyterian Church of Orange and recently of the Livingston United Methodist Church.

His interests were as broad as the world in which he thrived – camping and canoeing, stamp and art collecting, music, the magic of numbers, gardening, local history, global events, national politics, and more. But he derived his greatest satisfaction from people, always eager to engage in conversation, greeting all with a wide smile and ready to lend a helping hand in whatever way he could. His friends became family and their home countries became his: Ethiopia, India, Zimbabwe, Jamaica, Ecuador, and throughout the United States.

Son of Ruth (Price) and William Brady Reed of Spencer WV, Bob was pre-deceased by his 4 siblings and their spouses. He is survived by his daughters Janet Overholtzer (Harry, dec. 2020), Ellen Johnson (Charles), Carol Reed (Barbara Phelan) and Pamela Reed, 5 grandchildren and their families, and his many “adopted” daughters, sons, and grandchildren.

A brief service will be held at St. Giles Chapel at Restland Memorial Park, 77 Deforest Ave., E. Hanover at 11:00 AM Saturday March 12. A private gathering will follow. Arrangements are being handled by Dangler Funeral Home of West Orange. Letters of condolence can be posted to www.danglerfuneralhome.com

Please consider donations in his memory to:

Office of Trusts and Estates